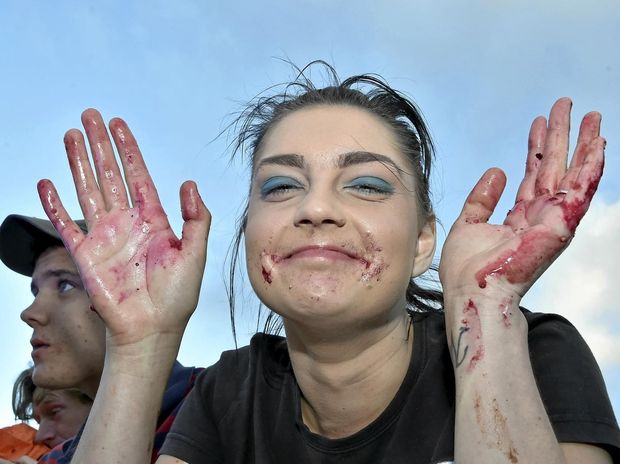 DESPITE celebrating their “Wreckoning”, the party to end all parties, the much-beloved CBD burger joint Phat Burgers will remain open today.

The Ruthven St store’s future has been in doubt since the building was sold to developers, who plan to turn it into a retail precinct and apartment block.

Owners Alan Wynn and Richard May-Steers didn’t want it to be a sad occasion and wanted to go out with a bang.

But, after plans were reportedly again rejected, the store will now remain open until August.

Mr May-Steers said the decision would give he and Mr Wyn more time to be able to look after their staff before the store, which has been open in the CBD for 10 years, closed.

Mr Wynn said the celebrations on Saturday were enjoyed by all, and included the famous Burghoffer eating competition, live music across two stages and an interactive spray painting exhibition by Kontraband. 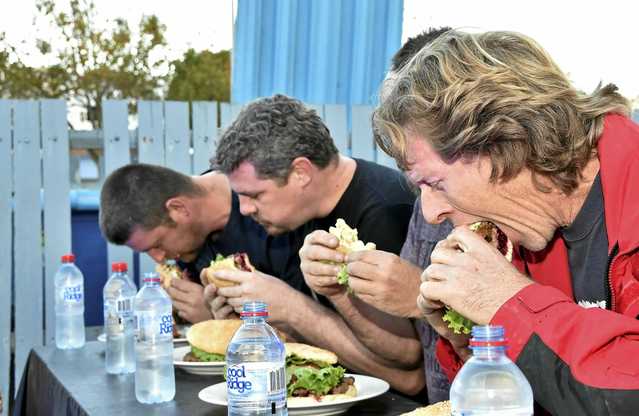 He was up against six burger lovers and a two-pound burger, but while he didn’t beat the record of two-and-a-half minutes, he still came out on top.

He didn’t practise before the competition, however, studied You Tube videos of past contestants to see what he was in for.\